[I first published this on 01 September 2020 -- just as I arrived to America after many years overseas in wars and conflict.]

Events unfolding in America are nothing new. This is old school insurgency and growing civil war.

There are Seven Phases in a U.S. sponsored insurgency. The last phase, Phase 7, is Demobilization. Phase 7 was called Demobilization when I went to the school. These days, I believe, they renamed ‘Demobilization’ to ‘Transition.’

Whatever you wish to call Phase 7, this final phase is to wrap up the war. Return to peace. Turn guerrillas back into farmers, students, clerks, whatever.

‘Demob’ is the most dangerous phase for Green Berets or CIA. As if the other six were a walk in the park. Many fighters will be unwilling to return to the unexciting life of taxi driving. Previously powerless people held the intoxicating power of the gun as tightly as Hillary Clinton. To give up their guns and fighting would be to surrender their power and ‘moral authority’ to do as they wish.

At this moment, there must be hundreds of insurgencies around the world. Insurgency and civil war are not occasional matters. (Civil war nearly always spins off from insurgency).

There is great risk in supporting insurgents and terrorists.

Often — very often — insurgents and/or terrorists turn back and bite those who supported and encouraged the fight. Take Osama bin Laden, as example. We once supported him. The rest is history. This is very common.

We see this now in Democrat hellhole cities across America.

The BLM and ANITIFA that Democrats support against Republicans is just as likely to bite Democrats. Democrats are swimming with the crocodiles they feed. The crocodile grows.

Democrats who support ANTIFA and BLM behave as if they are oblivious to the monster they are creating. At this rate, the monster will kill them. Surely.

Why should the Democrats even know this common dynamic?

Not many of these Democrats were Green Berets or CIA who studied insurgency. Even most American Soldiers who fought in Iraq and Afghanistan — against insurgents — never heard the Seven Phases until reading these words. Insurgency is a war specialty.

‘Communists’ such as the Russians and Chinese have simple ways of dealing with Phase 7. They kill the useful idiots such as ANTIFA and BLM. The masters support the idiots with war materiel, intelligence, money, media and political cover. The idiots such as ANTIFA and BLM take most of the casualties with promises they will have power or Utopia when they succeed. In reality, the Supporter(s) have a plan for the cannon fodder, and that plan is death.

So, very roughly speaking, it goes something like this:

After Sponsor(s) gain control, they kill most of the useful idiots. This is the communist way.

The American way — If we succeed and gain control, or decide to end war, we work to Demobilize insurgents. Or, if that does not work, possibly kill the insurgents we helped create, or maybe just abandon the entire field.

Today, local leaders and governors who side with BLM/ANTIFA have tough lives ahead.

If BLM/ANTIFA succeeds — and they will not because one way or another we will stop them — BLM/ANITIFA will replace them after probably killing them.

And then, finally, the Sponsor(s) will work to kill or scatter all the useful idiots including the street thugs of BLAMTIFA. They are just cannon fodder. Criminals. The Sponsors will not want unruly thugs, or True Believers, challenging their domain.

The local leaders who now side with BLAMTIFA will end up homeless. Those they terrorize today already hate them. Di Blasio as example. When BLAMTIFA thugs, bigger sponsors turn on Di Blasio, this idiot has nowhere to go. Nobody will respect him. He’s too weak and nobody respects a cruel idiot.

China has a similar problem today. There are True Believers in China who truly believe in Communism, and see that CCP is just a mafia.

Bottom Line: Democrat party is but one of the Sponsors. There are others. And BLM/ANFTIFA eventually will destroy the Democrat sponsors as quickly as they would destroy Republicans or anyone else.

A reconciliation that Democrats and Republicans, and non-aligned, may end up making: after the Democrats start being either tossed out during elections, intimidated or assassinated by the monster they thought they controlled, they may seek alliance to save themselves.

Never sponsor a terrorist without understanding that one day those terrorists might fly airplanes into your buildings. 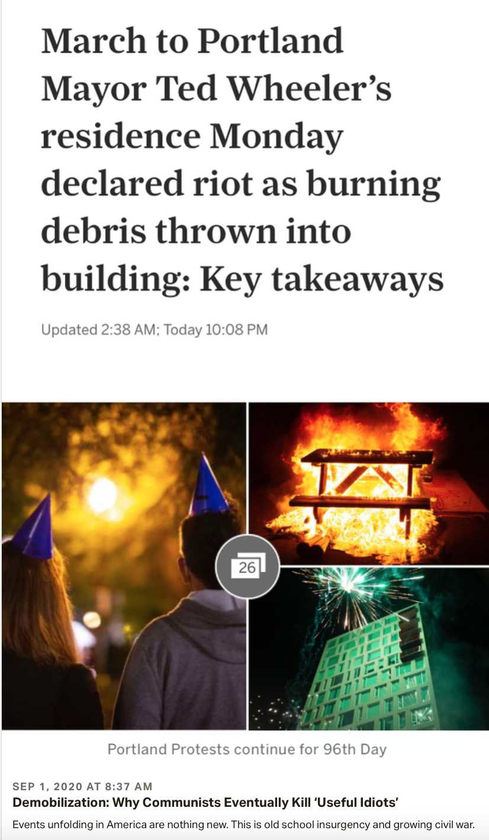 22
View All
3
Reply
Interested? Want to learn more about the community?
Videos
Posts

Today I likely will not publish much due to rolling around Ireland on homework.

I attached the night-vision video below because a company asked me last night if that was mine. Yes, that is mine, and somehow has the AP watermark but I did shoot this in combat after a bomb hit my tent-mate Chazray Clark during a Taliban hunting mission in southern Afghanistan. The explosions happened up in front of me. Rest in Peace, Chazray.

The mission lasted two more days and many firefights. None of our guys were shot but a day or so after Chazay was blown up, during same mission, an ANA soldier near me was blown into many pieces and we had more firefights and so forth to the point we need more ammo by helicopter.

Such were the wars I covered for years. Obviously there is more to come. This level of combat was normal and serious and so you can imagine how interested I am in avoiding civil wars across Asia, Europe, United States, and the world, though at ...

Nice to see many plants still breathing for now. I just crossed from Germany back to Netherlands.

4 hours ago
The Irelands Moving to Unite 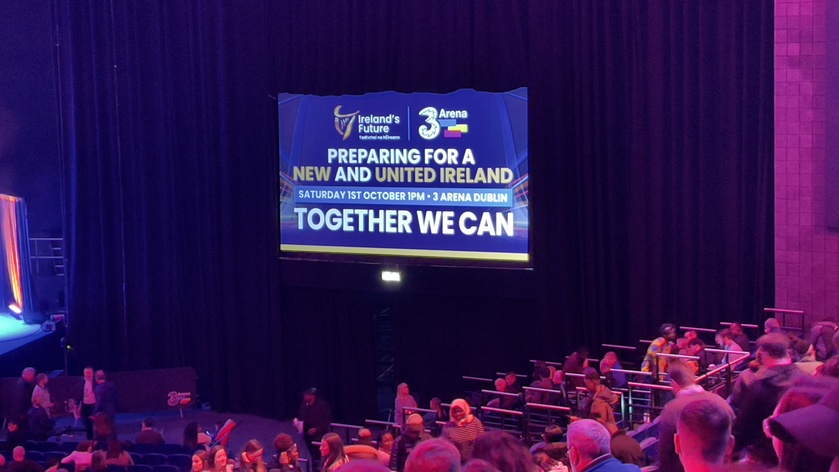 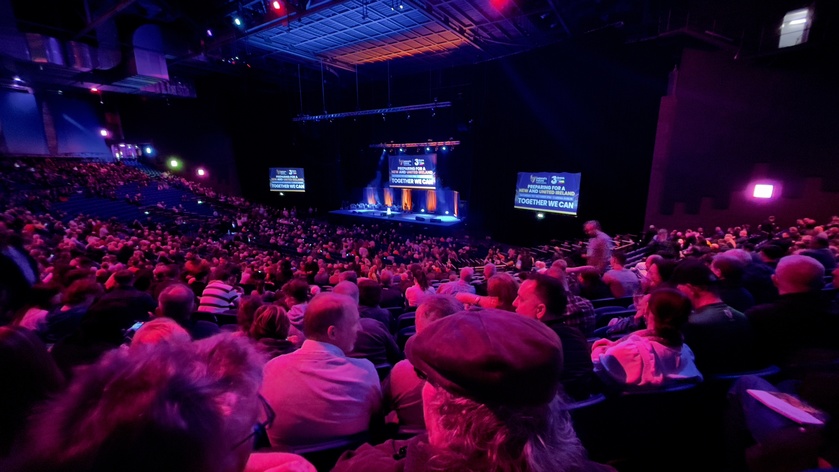 I watched the entire speech. Many ‘analysts’ are busy trying to read his mind. They seem to pay less attention to his actual words and actions and instead construct psychological thrillers.

Putin’s actions reveal that Russia is not backing down

Putin says he and Russia are not backing down

There is no evidence that Putin is beaten, or backing down

Analysts would be better served listening closely to words, actions, and history, than playing Freud and Jung.

This war clearly is intensifying.

14 hours ago
Democrat US Border Invasion

Call it what it is.

1st half of September #’s

The #’s will probably change (INCREASE) when all the outstanding are either counted as Apps, TBs, GTAs, or Non-violations.

51
View All
5
Reply
See More
Sign Up To Michael Yon
Sign Up for free to see more from this community or subscribe to Michael Yon for $7/month to support Michael Yon for more interaction and exclusive content.
Login Signup
Available Now

June 17, 2021
Welcome to my Locals community!
346
View All
17
Reply
Don’t have a Locals account yet? SIGN UP
I’m already a member Log in
Please keep this window open while your file is uploading...