As you see, my constant badgering since January 2020 is turning out painfully accurate. Worst case accurate. Trump’s ‘vaccines’ pushed by the radical left also are turning out somewhere on the worst case spectrum.

If my paradigm is reasonably accurate on the coming Global Famines — the famines alone likely will take more human life than all World War II. The elective and provoked-war in Ukraine is a humanitarian catastrophe of choice.

Folks who have studied famine know that living in farmland is not a security blanket. Folks who live in the country nestled in Green Acres seem to assume their are immune. They are wrong. One friend — an intelligence professional — actually told me something like. “I shop at local markets” and therefore will be fine. This is like saying I will just order Uber Eats. Another friend told me she is a vegetarian so it does not matter. These are educated, well-traveled people. Cannot make up this stuff. Like the people who never been to a hurricane thinking they will just buy a stronger umbrella.

A “Cat-5” famine is like a Category 5 hurricane. Flattens entire towns. In fact, during Mao’s great leap forward, huge numbers of people left homeless as homes were flattened for fertilizer. Women’s hair was used as fertilizer. The government siezed food from farmers and fed the farmers to work. When farmers did not produce enough, they starved.

Governments will seize products directly from farmers, raid warehouses, homes. This is normal.

Price controls, quotas, and limits are a given.

A bag of rice will be worth a Tesla to a starving Soy.

Am reading my 16th book on famine — the parallels in Mao’s China and many things we see today are apparent — such as continuing to export food, interrupt fertilizer distribution, and leave fallow increasing amounts farmland.

China was exporting food to places like Cuba, Russia, Albania — while millions were starving to death. China was dumping food on international markets below production cost, and pulling food into large warehouses. At the warehouses were many fires and much spoilage due to other factors such as rats.

Product fade was terrible. Sand, sawdust, water, anything, added as fillers. Unfertilized fields produced crops too puny to save tens of millions of lives. Trucks and trains not distributing food and fertilizer. Farmers eating next year’s seed to survive this year. And naturally tons of cannibalism. Always cannibalism. All famines bring cannibalism and coverup.

Leather. Starving people always eat leather. You read this in every famine book and every sailor-story that goes awry.

In China, previous breadbaskets like Henan Province saw some of the worst famine. People say, “Never here! This is a breadbasket.” Ukraine. Holodomor. Henan. More. They are wrong. People who prepared always fared better.

Other parts of China were fine. Just like Ireland, and other large famines.

We are seeing real indicators that United States could go into no-shit famine. Nobody is saying this. Outside the Overton Window. Amazingly obvious.

OGUS — Occupation Government United States — is down here in Panama increasing the migration flow to United States. As the other continents go into famine, millions of people will dump through this artery to America. During famine. This is an act of war by OGUS. 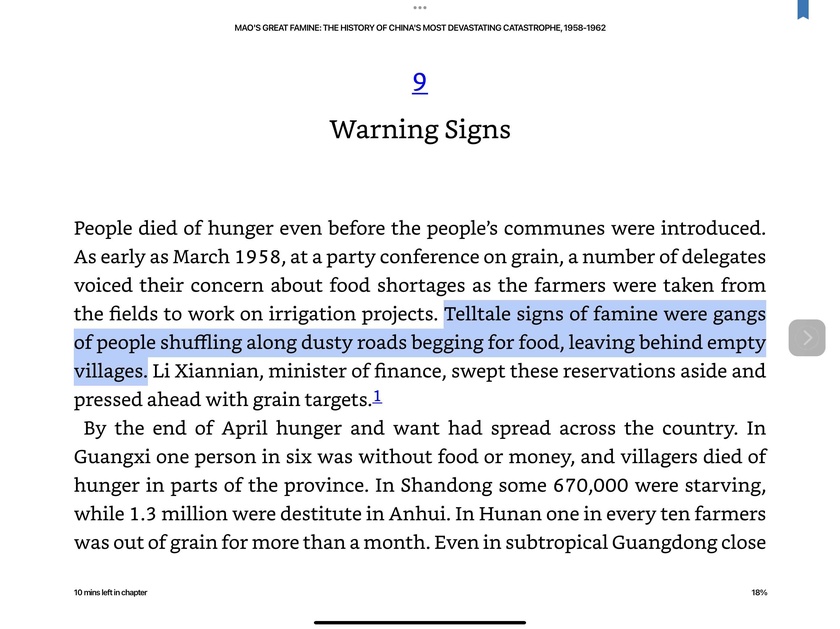 At least 40,000 deaths attributed to the fake vaxxines. Global recall called for. America and others still pushing into adults and children.

Global effort to mass-vaxx public every six months. Even while bodies stack high.

Some Dutch farmers say they will block all the highways and food distribution points soon. CO2 policy from Brussels.

Many governments will be overthrown in next few years. Which ones?

Dr. Zelenko fought The Beast even while fighting cancer.

Dr. Zelenko fought the good fight, finished the race, and kept the faith.

Such heroes never die. The Immortals lead the way into the next battle. Shouting from Heaven, “This is the way!”

2 hours ago
Our Borders being Invaded

Am about to fly to Central Europe. If internet on airplane will post more.

War drums beating. I’ll be back.

Later we will be forced to deport millions. Let’s get started.

9
View All
3
Share Reply
See More
Sign Up To Michael Yon
Sign Up for free to see more from this community or subscribe to Michael Yon for $7/month to support Michael Yon for more interaction and exclusive content.
Login Signup
Available Now

June 17, 2021
Welcome to my Locals community!
257
View All
15
Share Reply
Don’t have a Locals account yet? SIGN UP
I’m already a member Log in
Please keep this window open while your file is uploading...