(Paraphrasing from memory but I have verbatim transcript.)

Just interviewed a man who was in Darien jungle 22 days. He made it to Costa Rica. In San Jose now, trying to get passport and back to Ecuador. His trip to America is over.

He said dad from Armenia but he grew up in Palestine and now has business Ecuador, but the socialist president destroyed Ecuador. He was specific and without prompting that he and his younger Cuban wife struck out for United States due to Biden opening border.

His Cuban wife abandoned him in the jungle. She is in Tapachula, Mexico now heading to her family in Dallas.

Without prompting, he said the robbers and rapists he encountered are from xxxx xxxxx (elided by me).

He was so injured after the Mountain of Death (the third mountain after entering Darien from Colombia), that he slept four nights alone in the jungle alone. Guides on Colombia side left him his group after two days and they got lost on third day at the Montaña de la Muerte (Mountain of Death).

The 13 Cubans he was with left him in the jungle.

He said the guides got cell signal by climbing trees like monkeys. High up in the trees. This sounds like Embera or other Indians. You may recall that I sometimes mention their climbing to the clouds fast like monkeys. He said they just climb up a tree and make a call.

Nxxxx could no longer walk. Pulled in between two rocks for protection. Mosquitoes terrible. Used his wife’s perfume to rid the mosquitos and he said it worked, but it rained heavily each night. (I confirm rain…I was not far away in Darien when he was lost).

Nxxxx had thrown out all his clothes. Most of them do. Said vultures literally landed in trees above and he could see them waiting in circles above. (I confirm that jungle is loaded vultures — the only place I have seen so many is Florida in winter.)

Nxxxx was stuck there for four days no walking. Just praying. Nxxxx said he saw many bibles along the trail, btw. — people were so exhausted and danger so high on the Mountain of Death that many were throwing away even food.

Cameroonians came and fed and helped him. Nxxxx said Africans and Haitians were very good to him but Latins not. Latins just passed him by but Africans and Haitians helped a lot. I said that is good because I hear many bad stories about Haitians, but I am meeting Haitians who seem fine people and often are helping people in the jungle.

Nxxxx said yes, he heard bad stories about Haitians but they saved him, and now when he sees Haitians he walks up says, ‘Your people saved me!’, and they have no idea what he is talking about. Think he is crazy. But now I think Nxxxx loves Haitians. And I, too, now look at Haitians in a different light and far more positive.

Nxxxx spent some days with Cameroonians and said they eat one meal a day at about 6pm. Said they walked from 6am to 6pm. The ate spaghetti at 6PM after eating straight to sleep without talk. He said Cameroonians are professionals at this. No problems. [Haitians dying everywhere.]

Said the Cameroonians helped him a lot. Latins kept passing him by.

Nxxxx could not keep up with Cameroonians.

Haitians fed him, and then he was with Haitians when they were robbed by what sounds like xxxxx near xxxxxx. Unlike some previous stories from others, this time they were not on horses. Five men robbers between estimated ages 18-25

One robber had old shotgun and other four had knives. They usually rob just before sunset when everyone is tired and they make easy getaway. Nxxxx said they are raping men and women, but mostly women. They robbed the Haitians of their food so that was his last meal.

Came to the river (the one we were on near Bajo Chiquito), and found a Haitian woman had just drowned and they were pulling her out dead, and left her. Nxxxx said he cried all the rest of the day. He really seems to love Haitians after they helped him so.

Nxxxx said that was the only fatality he personally witnessed, and that was the only body he saw in all 22 days. [Most see a lot more than that in just a week, but much of his 22 days was lost, or lying on the ground beneath the vultures.]

On the 22nd day, Nxxx saw an Embera indian in a dugout canoe. (Possibly one I know). The Embera saw Nxxx was injured and picked him up in the canoe along with a Haitian family which wife just got raped and was very upset and nursing child. Embera Indian took them to Bajo Chiquito village, and that is where I got on Nxxxx trail and tracked him to Costa Rica.

The story just keeps going at this pace for page after page. Nxxx said Costa Rican police very professional and protecting migrants. He hopes to go back to Ecuador next week and never is going to America. Said he ran out of money but his family sent a hundred dollars. When he said he is going back to Ecuador, I sent him 200USD today.

Got to roll. Sorry no edit and no time to finish.

===
Thank you for your financial support. This has been dangerous and expensive. 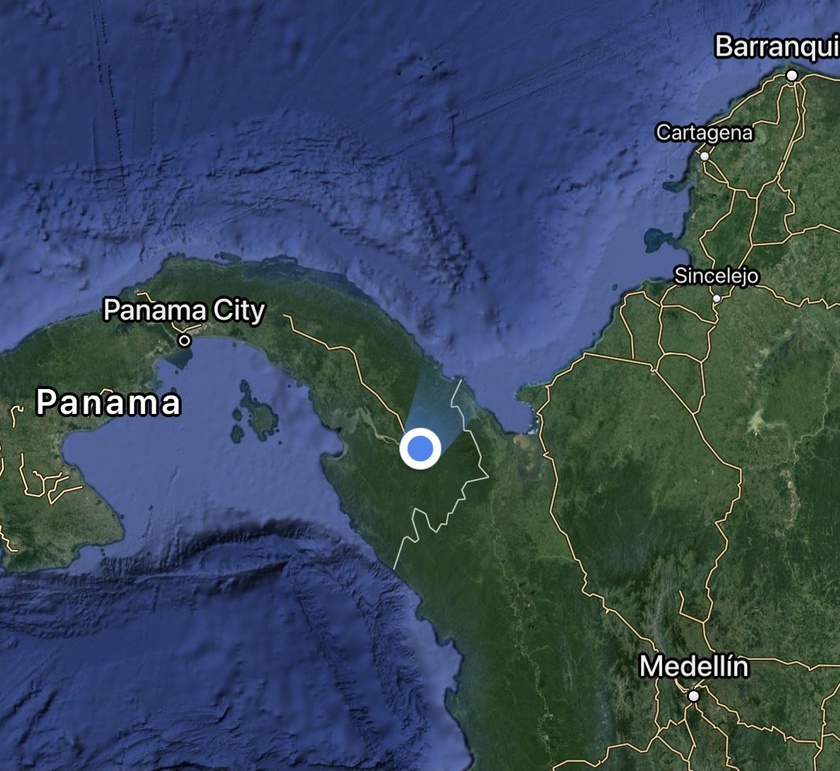 53
View All
13
Reply
Interested? Want to learn more about the community?
What else you may like…
Videos
Posts