Quick mind dump, sans edit. I am preparing to head to Africa on migration research and then back to Texas.

This morning, General Mark Milley is Chairman of Joint Chiefs of Staff. Top officer in the most powerful military in known human history. Thousands of nuclear weapons, for starters.

Up the food chain, one more notch, is Secretary of Defense Lloyd J. Austin III. Overt racist.

And one step higher is Joe Biden.

For folks who may have missed it, the quality of US military officers is plummeting. The Navy can hardly sail without crashing. One officer, at her trial for her involvement in crashing a fighting ship, broke down and cried. It's fallen that low. Crying is a defense.

While China grows. And Russia plots.

We watched the military become a logical career path for folks who want sex-change on demand at taxpayer expense. Where were the icons such as Mattis?

Women heading into infantry. Pushing women into infantry is a more epic mistake than using boa constrictors as babysitters. And yet military leadership -- barely a whisper of dissent -- just explain it all away.

To be clear, I make no protest against women in combat. Many women do great in combat. Been there, seen that, many times. It's not about courage. Select women and men bring plenty of courage.

And combat is not infantry. Many folks who do not know the difference between combat and infantry manage to think their opinions are equal to those who have spent years in combat, with infantry. These are the same folks, in my experience, who push Critical 'Racist' Theory.

The masses who push the new Naziism do so in the way that all herds stampede. Just cattle. But the ringleaders are bringing about destruction of the United States.

Godwin's Law is an illumination that nearly all heated arguments -- if they run course long enough -- will end up with accusations or evocations of Nazism. The vast majority of Nazi comparisons are wildly -- well, wrong.

But there is a meritorious 1%.

And not in a minor way.

Those who study information war, and have studied previous and current genocides, can see that caucasians are being set up for genocide in Europe and in North America. And Asian Americans next on the menu.

General Milley has become a useful tool. In a very powerful position. And he is not the only one.

To be fair, I know people who know Milley well, and people who have served under Milley at various stages of his career. According to officers and NCOs I trust, there was a time when Milley was a good officer.

But today, Milley serves in the dark forces which undermine our country and our way of life. Milley sucks up to, and placates, those who wish to destroy him. Milley alienates his natural allies -- people like me -- who he works to destroy.

This man, by his own words and actions, is behaving as an enemy of freedom and all that our ancestors have fought for.

Thank you for your financial support. The years I spent in wars were reader supported, and provided me the perch to see Milley-Austin for what is happening. 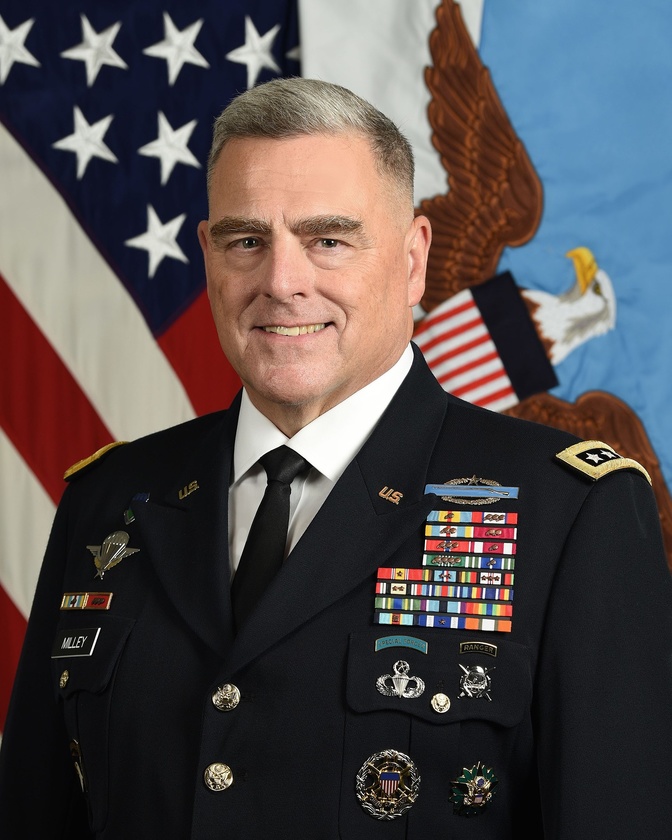 43
View All
22
Reply
Interested? Want to learn more about the community?
What else you may like…
Videos
Posts